The best camera in the world, according to sensor performance is the Hasselblad X1D-50c, although the actual best camera overall could be any of those discussed below.

How do you measure the best camera in the world?

Do you go by sensor size, number of megapixels, or how many autofocus points a camera has?

Perhaps the ideal way to measure the best camera in the market is by referring to the DXOMARK camera sensor database, with the number one spot regarded as the holy grail of cameras.

The easiest way to break down these different kinds of camera is by both body and sensor size. Smaller bodies are more portable and generally — though not always — have smaller sensors. Larger bodies are heavier but often have more features and can be much more comfortable to hold.

According to the DXOMARK camera sensor database, the current camera with the top rated sensor in their extensive testing is the Hasselblad X1D-50c. This is a medium-format sensor which is much larger than the sensors in standard consumer cameras, so it’s cheating a little to call this the top camera in the world, although it is available to anyone with $5,000 to spare!

The Sony Cybershot RX100 VII builds on the perennially popular Cybershot RX100 series that launched more than a decade ago. While it has the same resolution as all of its predecessors, this is not the same sensor.

It’s a 1” BSI-CMOS sensor that has the ability to capture bursts of up to 90 fps — a mind blowing figure — as well as 20 fps bursts with no blackout. That speed was unthinkable even in professional cameras not long ago.

In addition, the RX100 VII adds an improved autofocus system, taken from the Sony Alpha A9 II. Called Real Time Tracking AF, the system can automatically decide whether to use tracking autofocus or face/eye autofocus, making it able to both lock onto and stay locked onto a variety of subjects, no matter where they move in the frame.

Another Sony offering also cracks the very top tier of digital cameras, even though it’s less versatile than the RX100 VII.

The Sony Cybershot RX1R II offers a 35mm f2 lens in front of a 42 megapixel sensor with no antialiasing filter to take advantage of every bit of performance the Zeiss designed optic can deliver.

Even though it launched more than seven years ago, it’s still among the very best sensors available on the market, only being bested today by the highest end offerings from Canon, Nikon and Hasselblad.

And all of those sensors are on interchangeable-lens cameras, while the RX1R II has a much more compact body, making it probably the most powerful compact camera offered by Sony, arguably the No. 1 camera brand in the world.

What are the Best Crop Sensor Cameras in the World?

The Fujifilm XT4 has a 26 megapixel, image stabilized APS-C sensor, can shoot up to 20 fps and records 4K video. That sensor is Fujifilm’s X-Trans design, which proponents say gives the images better color rendering and detail.

With a somewhat retro style body and a collection of lenses noted for their resolution and lovely bokeh, the XT4 is excellent for those who prefer dials and knobs for control over multi-function buttons.

Fujifilm’s offerings have never been as popular as the market leaders like Nikon and Canon, but they have always offered innovative features and good image quality.

The relatively new Panasonic GH6 is the latest in that brand’s top of the line cameras focused on video production. With a 25 megapixel Micro-4/3 sensor and the ability to shoot 5.7K video at 60p and 4K video at up to 120 fps, the GH6 updates nearly every aspect of its body and sensor.

It has a fan built into the body, allowing for unlimited recording and it can record directly to an SSD over USB. In addition to the outstanding video feature set, the GH6 can also shoot stills at up to 14fps.

What’s the Best Full Frame Cameras in the World?

The Nikon Z9 is the company’s first true flagship mirrorless camera, easily outclassing any previous DSLR camera, no matter how advanced. It has a 45.7 megapixel sensor and the ability to capture 8K video at up to 60p.

The autofocus on the Z9 is also innovative. One of the newest features appearing in autofocus systems is the ability to automatically detect not just faces and eyes, but also animals and even vehicles. Nikon’s version of this system doesn’t even require you to select what kind of subject you want it to track, although you do have the option to do so.

The flagship offering from Sony, the Sony A1, still holds on to its mechanical shutter, meaning one of the advantages it offers is a much higher flash sync speed.

The Sony can sync at 1/400, which is very fast for a curtain shutter, while the Nikon’s top sync speed is 1/200. That’s pretty normal for mechanical shutters, making Sony’s achievement even more impressive.

Its autofocus system isn’t quite as advanced as the one on the Nikon Z9, but it’s also extremely capable. Like the RX100 VII and the A9 II before it, the A1 has Real Time Tracking, meaning it can keep up with just about anything you’re trying to photograph.

Although any of the options here could be the world’s best camera, the actual best depends on what you value in a camera.

Are you looking for the best professional camera in the world, something with blazing fast autofocus and a rapid-fire shutter?

Are you looking for the most powerful camera in the world, one that has the resolution to bring out minute detail even in huge prints?

Do you need a rugged body that can withstand drops and dust or are you looking for something you can easily carry in a bag or even a pocket and pull out when you need to?

Everything in life is about tradeoffs, and like so many other questions, the answer to what is the best camera is really: It depends.

The kind of photography you do dictates the kind of camera that’s best for you, along with other factors like your budget and whether you already own lenses for one camera system, so it’s difficult to point to the world’s best camera out of the vast range available, although you can’t go wrong with any in this article.

What is balance in photography? 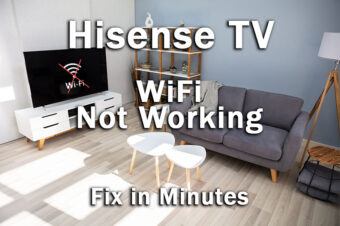 Fix your Hisense TV not connecting to WiFi with the easy fixes in this guide.... Read More Read this for a comprehensive comparison of XP Pen vs Huion drawing tablets, including the... Read More This comprehensve Luminar Neo review covers everything you could possibly want to know about this... Read More Want to fix your Samsung TV purple spots? This guide will show you how to... Read More