SanDisk memory cards are among the most popular models of SD card and are often the preferred choice, particularly by photographers and videographers – I use them myself.

We’ll take a quick look at a comparison of the specifications of the two models, then see how they perform in practice. Note that the Sandisk Extreme Plus is technically discontinued, but is still widely available in micro SD format, so we will look at the comparison mainly for these micro SD cards.

Sandisk Extreme vs Extreme Plus Specifications

Before you can jump to the detailed comparison between the Extreme and Extreme Plus cards, you can take a look at the overall differences in their specifications from the following table.

SD and micro SD cards usually have varying classifications when it comes to the write and read speeds that they can offer. Let’s take a look at what these mean as well as the speeds that you can expect from the Extreme and Extreme Plus models of memory cards to make your choice easier.

Read speeds refer to the rate at which the host device can read the data on the card. This can also indicate the rate of transfer from your memory card to the device. Read speeds are generally faster than write speeds, so look for the bigger number to figure out the read speed if it is not called out directly. When manufacturers quote a single maximum speed, this is always the read speed.

If you require rapid read speeds that can help you deal with files such as pictures and videos that are of high quality and resolution (such as 4K or 8K), then opting for higher read speeds can be ideal.

Write speeds usually indicate the rate at which memory cards can have data collected and written on them. If the write speed is higher, then the memory card can be quicker for you to store your captured data (such as your last clicked image or last shot video) in the memory card.

This can then make it easier for you to move on to the next shots that you need to take without encountering buffering in your camera, or dropped frames in your videos.

SanDisk Extreme Plus vs Extreme: Which One Should You Buy?

Now that you know all about the specifications of each kind of card as well as the importance of the read and write speeds, you can move on to learning about each card, its features as well as its pros and cons.

These will allow you to get a better idea of what each memory card entails, amd you can then figure out which one will suit your particular needs and requirements well.

SanDisk Extreme is a microSDXC memory card that follows the UHS-I bus. It comes in various kinds of capacities or storage options that can range from 32 GB to 1 TB, giving you the choice to choose one that works best for you.

The SanDisk Extreme microSD card comes with rapid reading and writing speeds, the quoted speeds being 160 MB/s and 90 MB/s respectively, although real-world testing puts this at more like 94.6 MB/s read speed and 88.8 MB/s write speed.

It has several protective measures in place that can provide resistance against extreme and fluctuating temperatures, water, shocks and x-rays. Through this card, you can also gain access to the SanDisk Memory Zone app to make it easier for you to track, manage and organize your files.

Since you have already looked into the overall specifications, let’s take a look at some pros and cons of this microSD card.

The SanDisk Extreme Plus is another great choice for recording and storing high-resolution images and videos. There are various memory storage options that generally range from 64 GB to 1 TB, allowing you to opt for a capacity that can suit your requirements well.

This memory card offers faster and higher speeds when it comes to both writing and reading speeds. The writing speed for these is usually up to 90 MB/s while the reading speed is up to 170 MB/s, with even the 10 MB/s difference making a huge impact on how your data gets read and transferred.

You can also expect improved performance here due to the resistance it can provide against water, extreme temperatures, shocks and x-rays.

The Bottom Line: Making the Choice

Now that you are aware of how the SanDisk Extreme and Extreme Plus compare, which one should you pick? If you require faster speeds, then you can go for the Sandisk Extreme since it has higher reading and writing speeds, but make sure you pick the right storage capacity.

The Sandisk Extreme Plus is not really recommended anymore, as due to it being discontinued by Sandisk, it now costs a premium over the Extreme, and as they are otherwise pretty similar in terms of read and write speeds, the Sandisk Extreme is the better option.

How many pictures per GB can a memory card hold? Finding the best photo printer can be a minefield of unanswered questions, from the quality... Read More

Read this full comparison of the Contax T2 vs T3 to get a feel for... Read More Deciding on a projector or OLED TV can be fraught, as both offer a differing... Read More 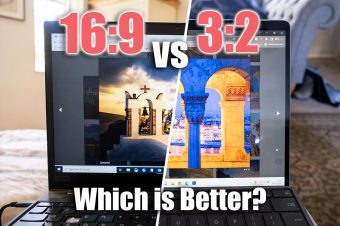 Which is better between 16:9 vs 3:2 resolutions? Take a look at the reasons for... Read More