If you don’t have time to read this article, when comparing the Contax T2 vs T3, the Contax T2 is the better choice for those on a budget, while the Contax T3 is the superior camera, but for about 2x the price.

While digital cameras are the most popular today, you can still find some exceptional film cameras too. Traditional 35mm film cameras are a joy to work with and allow you to truly test your skills as a photographer.

However, as DSLRs and mirrorless cameras are now the mainstays, it can be tricky finding suitable film cameras. We understand this! To help, we compare the Contax T2 vs T3 in this article. These are two popular compact film cameras developed for professional use.

The Contax T2 was developed and released in 1990. At the time, it was marketed as a high-end compact film camera. It had a luxury price tag and was aimed at professional use, like the Contax G series. It was best-known for using a superb quality Carl Zeiss lens. Carl Zeiss glass and elements are still used today in many Sony lenses, for example.

This camera has a great combination of style and utility for professional analog photographers. The retractable 38mm Carl Zeiss T* Sonnar f/2.8 lens is easy to use and incredibly sharp. 38mm is also a relatively versatile focal length that excels at street photography, portraits, and even some landscape photography.

It is also a highly durable compact camera due to its titanium casing and robust build. Combine this with the small size and weight, and it makes for a great film camera to take on your travels.

The Contax T2 is not without its flaws, however. For example, it can have focusing issues when focusing close to the minimum focusing distance. Also, the readouts for shutter speed and aperture can be inconsistent which can cause some confusion. Lastly, when used in aperture priority mode, you cannot actually select an f/2.8 aperture – this is a glaring flaw and one of the main reasons you would use this shooting mode!

Below are some Contax T2 sample photos. Full-sized versions of these Contax T2 photos are linked.

Following the relative success of the T and T2, Kyocera released the improved and upgraded Contax T3 in 2001. It features an improved Carl Zeiss lens that is often dubbed as one of the best compact camera lenses available in the world. It also features a redesigned exterior and is slightly smaller and lighter than its predecessor.

The Carl Zeiss Sonnar T* 35mm f/2.8 lens is a standout feature and is composed of 6 elements in 4 groups. It produces incredibly sharp images and has simple controls. The usability was similar to the Contax T2 and it benefited from a top dial allowing you to change the aperture – at the time this was a relatively new feature.

This camera excels at portraits and street photography, but not so much landscape shots. This is because it favors the f/2.8 aperture and thus creates photos with a shallower depth of field – this is not suitable for sweeping wide-angle landscape photos.

Compared to the T2, the Contax T3 is smaller and doesn’t have that same retro look. However, it does have an improvement in terms of usability due to the top LCD screen and different shooting modes. The downside is that it is far more expensive than the Contax T2.

There are some Contax T3 sample photos below. You can view the full-sized Contax T3 photos with the link below each image.

Now that we have looked at the technical specs of these cameras, we can dive into a side-by-side comparison. We look at important features such as lens quality, autofocus, reliability, and usability.

Both lenses in these Contax cameras are exceptional and result in fantastic quality analog photos. Carl Zeiss glass and lenses are renowned for their sharpness, contrast, and colors.

Some people may also prefer the 35mm focal length as opposed to the 38mm of the Contax T2. The difference is minor, but it could change the way that you can potentially use the camera.

Both cameras have rudimentary autofocus. Obviously, the autofocus cannot be compared to modern cameras.

There isn’t much to choose between the two lenses in terms of focusing features – both perform relatively similarly.

The Contax T2 has an auto mode and an aperture priority mode. For the most part, these modes work well, but there are some issues.

Firstly, when in auto mode, there is no readout for the aperture which some may not like. Also, the aperture priority mode does give flexibility, but you cannot use an aperture of f/2.8 in this mode! This is frustrating as typically when using AV mode, you want to use larger apertures like f/2.8.

Unlike the Contax T3, the T2 does not have a top-facing LCD screen either. This means that you are reliant on readouts on the viewfinder.

The Contax T3 has greater versatility in terms of modes and settings. It has an auto mode and program mode, and you can easily change the settings using the screen and/or top dial. It is certainly easier to use than the Contax T2 and some of the previous technical limitations have been overcome.

Both of these cameras have a relatively simple compact camera design. They are essentially a box with a lens! Both cameras are incredibly durable and built to last due to the titanium casing. This is why you can still get used Contax T2 and T3 cameras today that look new.

However, we feel that the Contax T2 is the more stylish option. It has the retro 90s style and color options that make it look more appealing than the T3. The T3 still looks OK, but it is more functional than fashionable and this is important to many people.

In contrast, the Contax T3 is superior in terms of size and weight. It weighs 63g less and is slightly more compact in terms of overall dimensions.

Unfortunately, we must look at the price too. Price shouldn’t be the determining factor, but oftentimes people have a budget to stick to. The following are the current approximate prices at the time of writing this article:

Therefore, if cost is your main priority, the Contax T2 is the far cheaper option at nearly half the price of the Contax T3.

Which is the Better Option Between the Contax T2 vs T3?

As you can see, both of these compact digital film cameras have their merits. Compared to other similar 35mm film cameras, they are rated as some of the best available, but which one is better?

In terms of performance, usability, and quality, the Contax T3 is the better choice. The inclusion of an LCD screen gives that little bit more flexibility for managing your camera settings. Also, it does have an improved quality lens and a faster maximum shutter speed. However, the drawback to the improved utility is the price tag.

If you still want a quality film camera that can be used for professional photoshoots, but don’t want to pay the associated T3 price tag, the Contax T2 is a brilliant alternative. You may have to spend time learning to overcome the usability issues, but the end product you can produce is just as good. 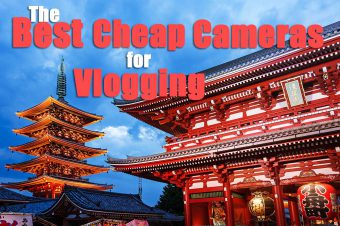 Trying to find the best cheap cameras for vlogging can sometimes feel like searching for... Read More Compare Leica vs Hassleblad, two of the most exclusive and expensive brands of camera manufacturer... Read More Find out what is the best sublimation ink for Epson 7720, as well as the... Read More Why do technically poor photos become successful? We’ve all seen it – photos that don’t... Read More Compare a standard telephoto lens vs zoom lens in this article on the differences between... Read More