XP Pen vs Cintiq: Is XP Pen Better than Wacom?

With the recent surge new models of drawing tablets from XP Pen, many people are asking, “is XP Pen better than Wacom?”

This article will quickly compare the best drawing tablet model of XP Pen vs Cintiq, so you can see the pros and cons of each, and easily see which is most suitable for you.

The XP Pen Artist 15.6 Pro is for those wanting a drawing tablet with customizable buttons at a more budget price, and who are willing to put up with a few flaws to save money.

The drawing accuracy is very good, with minimal parallax, and the addition of the 8 customizable buttons, plus a dial for smooth zooming, makes this more suitable than the Cintiq for those who regularly use keyboard shortcuts that they want to map to their tablets. Comparing the XP Pen 15.6 Pro vs Cintiq 16, the drawing surface of the XP Pen lacks the texture of the Cintiq and so is less enjoyable to draw on, and the pen has more jitter and requires more regular calibration, but the screen is just as beautiful, with vibrant colors.

The Wacom Cintiq 16 is designed for those wanting the absolute best drawing performance, whether pros, semi-pros, or hobbyists, as it most closely replicates physical drawing techniques.

The Cintiq line is more expensive than the comparable XP Pen models, but it offers a real premium feel with the lowest parallax you will find and the greatest drawing accuracy of any tablet. Comparing the Cintiq 16 vs XP Pen 15.6 Pro, the pen sensitivity and drawing feel are much closer to using pen and paper with the Cintiq, and the included software works well, with intuitive configuration options. If the 16″ model is too small, there is also a Cintiq 22″.

The Wacom Cintiq 16 for me beats the XP Pen Artist 15.6 Pro, regardless of your use. The pen accuracy is excellent, with minimal parallax, and with the vibrant, colorful ​screen, the user experience feels like you are using pen and paper.

The main downside is the price – this is a tablet for those wanting a pro-level device and are willing to pay for it. Nonetheless, if you have the money to spare, the Wacom Cintiq would make a fantastic addition to your photography or drawing workflow – there’s a reason that professionals think this particular model is their favorite drawing tablet.

The only other negative of the Wacom Cintiq 16 vs XP Pen is the lack of buttons on the tablet. Although the pen itself has a couple of customizable buttons, you would have to get the optional remote if you want to be able to map keyboard shortcuts or use a zoom ring. Personally, I find this feature useful, but it is not a deal breaker for me.

Best for hobbyists who don’t use a tablet every day

The Artist15.6Pro is a very good tablet, with only a few flaws to point out its low price, and is much more suited to those on a budget than the Cintiq.

When comparing the Wacom Cintiq vs Xp Pen, you still get a fully laminated screen with minimal parallax, which improves drawing accuracy, although larger pen strokes are reported better than smaller strokes, which have a tendency to show jitter, moving very small amounts from side-to-side (but only at very minimal levels). This is not something you will see in Wacom products, but is also probably not going to matter much to regular hobbyist users, and isn’t a major concern for me.

The stylus is smaller and less substantial that the pen with the Cintiq and so can feel less natural to hold, but this is something that largely falls down to personal preference.

The anti-glare film works to prevent reflections, and is replaceable if it gets scratched, but as with all films, you can get streaks appearing as air pockets form underneath the film, which you will not see with anti-glare glass.

This may sound like a lot of negatives, but actually, given the price disparity with the XP Pen vs Wacom, you still get a tablet with a very high value for money, that works well in most cases, but at a slightly lower build quality.

Although the technical specifications can be useful, they don’t really tell you the practical differences that you will experience day-to-day. Most of the differences won’t be noticeable to the average user, so I will just cover the major pros and cons below.

The Cintiq comes with a screen calibrated in the factory, meaning that you don’t have to mess around with calibration hardware. You will likely need to perform some calibration with the XP Pen, the same as you would for a monitor.

The Wacom has a textured drawing surface that feels much more like drawing on paper, compared to the smoother surface of the XP Pen model.

Wacom’s Pro Pen 2 that comes with the Cintiq is widely considered to be the best stylus currently available for a drawing tablet, and this agrees with my own experience.

It sits naturally in your hand and just feels right for drawing. Both the Pro Pen 2 and the P05R that comes with the XP Pen seem the same on basic specs, but in use, the Pro Pen 2 is markedly better, particularly when it comes to tilt performance.

The cursor on the Pro Pen 2 does not move when you tilt the pen, while on the P05R, it does move away from center. If you value drawing accuracy, the Cintiq is therefore the better pick.

With an integrated stand in the Cintiq, you don’t need to bother carrying around a separate stand, as you do with the XP Pen, and you will want to use a stand with these tablets, as they are both fairly heavy.

There’s no getting away from it, the Cintiq is an expensive piece of kit. Just on value for money, it is probably therefore not worthwhile for most hobbyists, unless you intend to use the tablet every day, or you intend to make money with your drawings or photos.

The Cintiq lacks any buttons on the tablet – there are only two on the pen itself. You can buy an optional remote, which adds 17 buttons, including a touch ring, but this is extra expense on top of an already expensive product.

On pure performance, the Cintiq might be the better option, but when you bring price into the equation, the XP Pen seems a much better choice. This is ideal value for money if you don’t use the tablet every day, or are just getting started with a drawing tablet, as it matches most of the features of the Cintiq, but at a far lower price point.

With eight shortcut buttons and a touch ring, the Artist 15.6 Pro beats the Cintiq hands down in this area. If you value using keyboard shortcuts, then this may be the deciding factor for you.

Although the raw specs suggest that the screen on the XP Pen should be better than the Cintiq, it actually doesn’t quite match up, likely due to the better manufacturing tolerances at Wacom.

Colors are still bright and vibrant, and there is minimal parallax. You will notice the difference when they are side-by-side, but you are unlikely to think that the XP Pen is anything other than fantastic when on its own.

The anti-glare film on the surface of the Artist 15.6 Pro is not quite up to the level of the anti-glare coating on the Cintiq, with a less textured feel and consequently less lifelike drawing experience.

The P05R stylus also doesn’t quite match the Pro Pen 2 for accuracy, but it is very close.

What is the Same Between the Wacom and XP Pen?

You Decide the End Result

With all of this talk about specs and the minutiae of each drawing tablet, it’s easy to forget that the end result will always depend on you.

You can do the same with the Artist Pro 15.6 as you can with the Cintiq. The only difference is that you will likely get there quicker and with less hassle when using the Cintiq, but this won’t give you any extra skills that you don’t already possess.

Which is the Overall Best Drawing Tablet for You?

Essentially, the question of which is the best drawing tablet for you comes down to whereabouts you are with your art: are you a beginner or student, a hobbyist, or an aspiring professional?

For people new to drawing tablets with screens, you will likely not notice the flaws of the XP Pen Artist 15.6 Pro, while those with more experience will benefit from the extra accuracy and ease of use of the Wacom Cintiq 16.

I would recommend the XP Pen Artist 15.6 Pro for those looking for a budget drawing tablet with screen, particularly if they are beginners.

If you demand absolute accuracy and a premium drawing experience that most closely matches pen and paper, then the Wacom Cintiq 16 is my top choice, and satisfies even professional artists with its high build quality. Compare HDR vs HDR10+ in this article looking at every difference between the two HDR... Read More If you're new to photography, then it's important to find out what the parts of... Read More Find out what the best printer for cardstock is and the key points you should... Read More 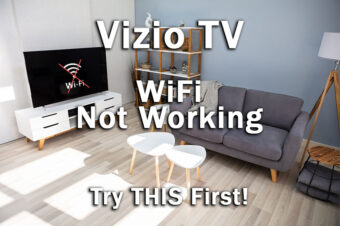 Is your Vizio TV not connecting to WiFi? This guide will help you fix your... Read More See the best cameras for time lapse along with real-world examples of each cameras' timelapse... Read More